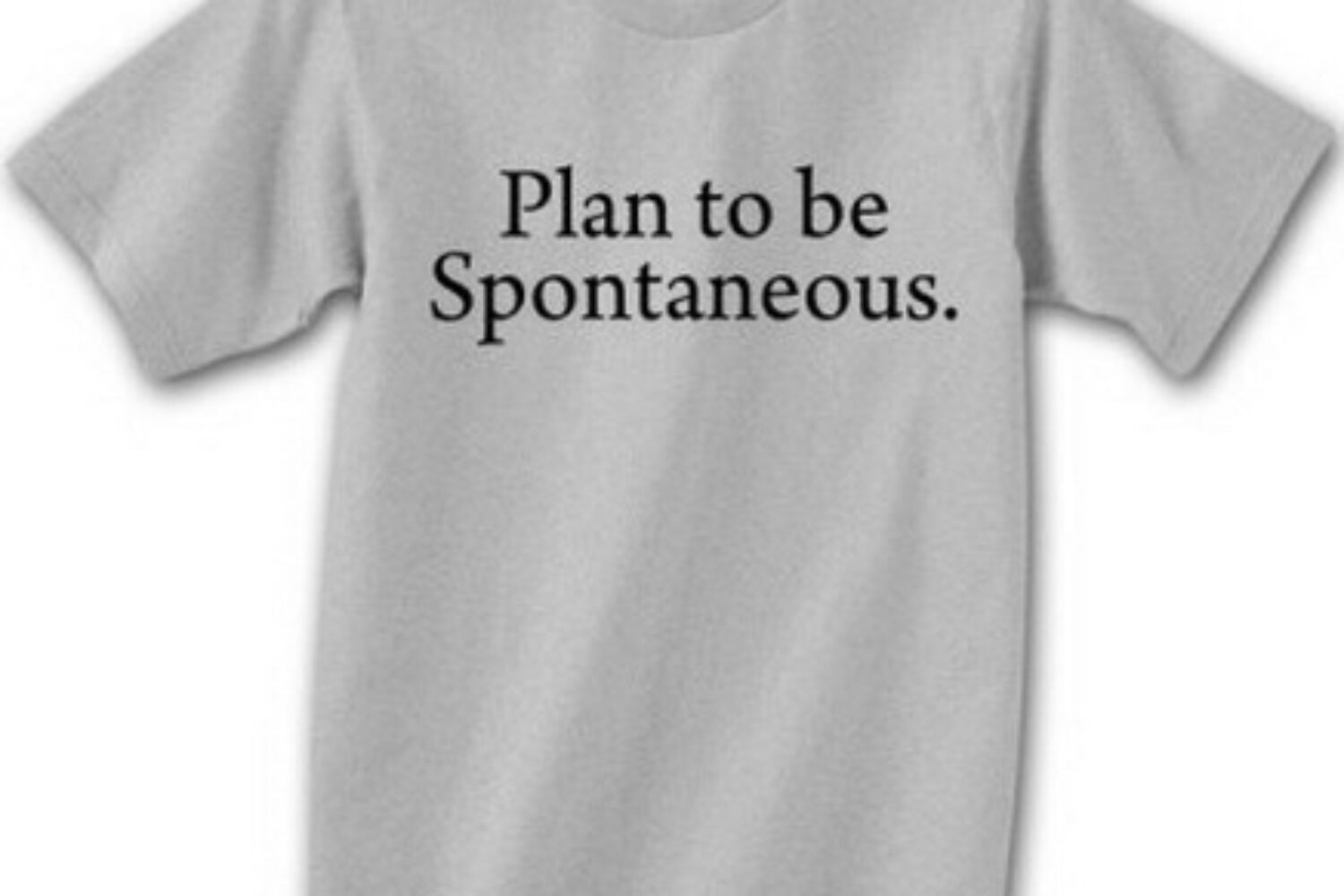 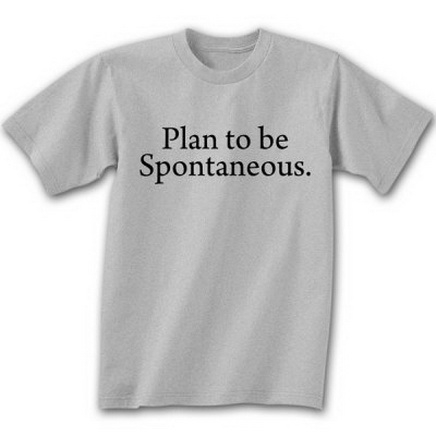 “She’s a natural, I will never be as good as her!”

“I can learn many techniques, but I will never reach that level!”

Does it sound familiar to you?  I heard these exclamations a lot over the last couple of years.  People prefer to surrender to “higher powers” than climbing that mountain themselves.  They take it as a given that they cannot run that last mile which will turn them from good communicators into great communicators.

It is true – there are those maybe 5 to 10% natural communicators.  Always with a winning smile… (Hey, wait a minute – I can smile too!)  Plus, they are so spontaneous – shooting impromptu comments at sudden audience action.

Spontaneity is one of those qualities all great communicators have in abundance.  I will share with you some “spontaneous” ideas of how to be more spontaneous on purpose.
Questions And Comments

One of the most important tricks to engage your audience is pretty banal – just ask them questions.  When you talk about tax strategies in Transfer Pricing in the French market, ask them, “Who of you guys are from France?”  If no one raises the arm continue… “Who of you guys have been to France?”

For an example, check out Tony Robbins in his TED talk video at 5m 13s…

Following that sequence Al Gore makes a comment about the missing Supreme Court.  Tony Robbins then does not only approach Al Gore to high five him, but he also makes a series of comments about the Supreme Court.  He turns it into a running gag.

The greatness of that moment from a pro speaker’s perspective is that Tony Robbins forgets about his script, leaves the stage, high fives Al and stays with that dialogue for a while.

Not always is there an Al Gore sitting in your audience – apparently.  Yet, you too can forget about your script sometimes and do something off the record.  Your audience will love it.
The Coffee Friends

Next time you speak at an event – let’s say a conference about Social Media Marketing – make sure you arrive early and make “friends” with some people from the audience before your talk.  Those Johns and Jims and Marias are your “Friendly Faces” in the audience.  Those you can “spontaneously” include in your presentation…

“John, like you told me before, the same is going on in your market.  We’re all facing the same challenge…”
The Birthday Kid

An even bigger bridge of sympathy you create by “spontaneously” referring to a birthday kid in your audience. Of course, you found out about Josephine’s birthday beforehand…

“Oh, by the way, I don’t know if you know that we have a birthday kid among us…”  Then motivate them all to sing Happy Birthday for Josephine in row seven.  Spontaneous, engaging, priceless.
References To Other Speakers

Another recommendation I always give to speakers is make references to other presenters at your event.  Always try to avoid being the first speaker.  This would erase this opportunity to make big points of sympathy.

In my TEDxBarcelona talk on The Festival and Europe I make two “spontaneous” references to other TEDx speakers that day – one to Colin at 10m 27s, one to Carlos at 12m 54s.

Needless to say that I had planned to involve those guys.  When you make references to other speakers you share the limelight.  The audience will perceive you as a humble and kind person (- which you are, I hope 😉
Those 20% Make The Difference

According to Wiktionary “spontaneous” means

Maybe you will never be among those 5-10% natural communicators.  But – for sure, you can be spontaneous, even if it’s on purpose.  By asking questions, by making comments off the record, by making friends with some guys from the audience, by singing Happy Birthday for Josephine in row seven, by making references to other event speakers.

For sure, you can be among those 20% of great communicators – those who make the difference.  You can reach that level.  You can!