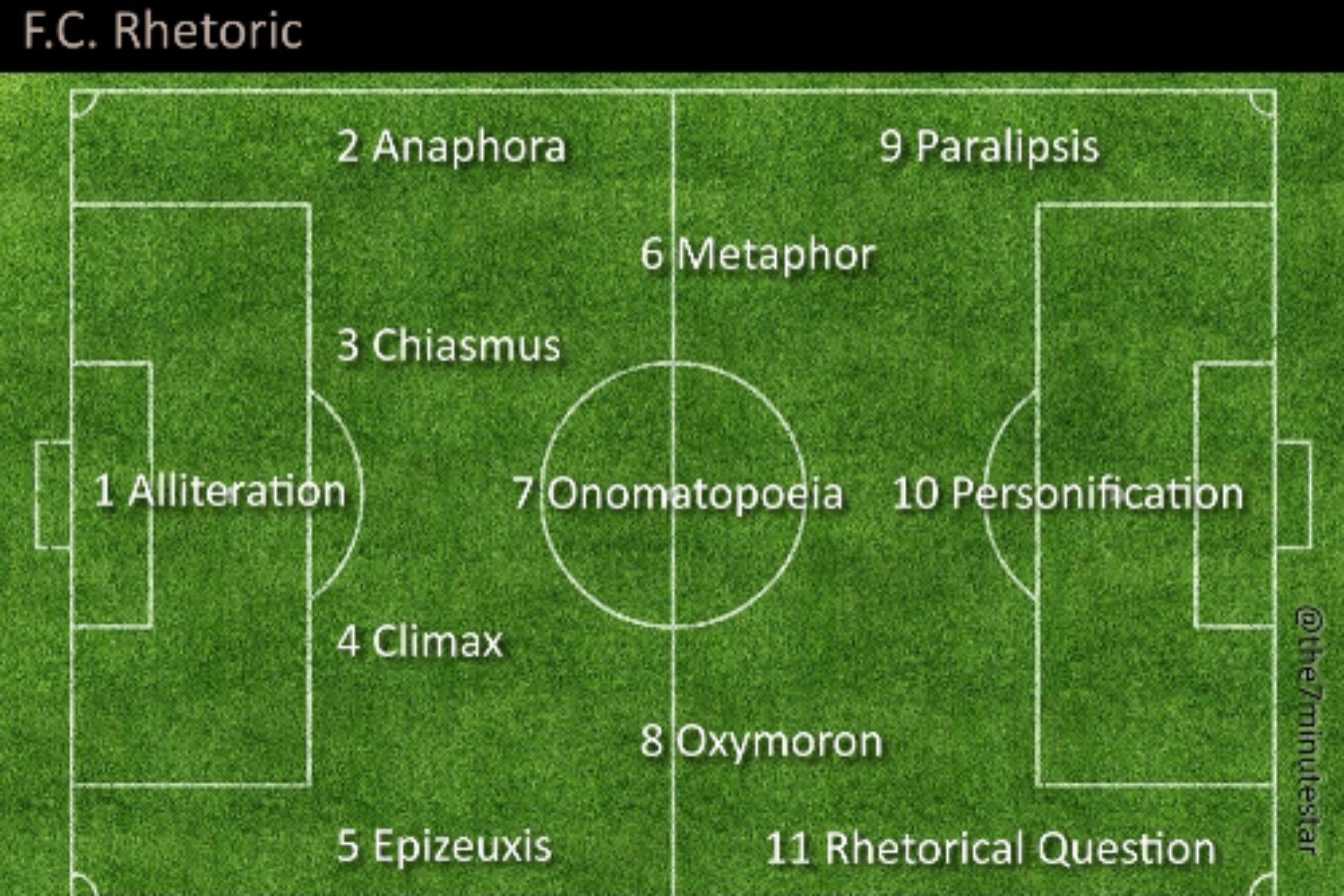 Alliteration, the goalie. He is not good, he is great! His saves are gigantic. He always goes for gold!

The poet of the team – Chiasmus. He loves to cross – on and off the field. Once at a team retreat he started his birthday toast with the words, “My life in your feet.” He ended his speech saying, “Your feet in my life.”

Climax is a good defender technically wise. Even better is his attitude of never giving up. What makes him the best central defender of the league is his spooky gift of anticipating passes.

Metaphor is an animal. He runs faster than a leopard. He has the lungs of a horse. He has the eyes of an eagle.

Boom! When Onomatopoeia breaks attacks of the opponents in the midfield –bang – it snacks, crackles, pops.

The game of the team captain is of modest magnificence. Oxymoron is famous for his humbly bold statements at press conferences.

Paralipsis holds the team record of red cards. He keeps bugging the defense with statements like, “I am not your father to tell you that you are a loser!” Another favorite of his is this one: “I will not mention my enormous satisfaction to score three goals against you.” According to coach Aristotle Paralipsis ends up in fights too often.

When Personification dribbles the ball through the enemy’s rows, the balls turns into a monster. It creeps and crawls, it tumbles and falls, up on its feet, it vigorously marches towards its destiny. Unstoppable. Goal.

Of course, a winning team needs more than 11 players. 11 players win a game, but it’s the bench and the substitutes who win the league.

Here you find all the substitute players of this great team F.C. Rhetoric.