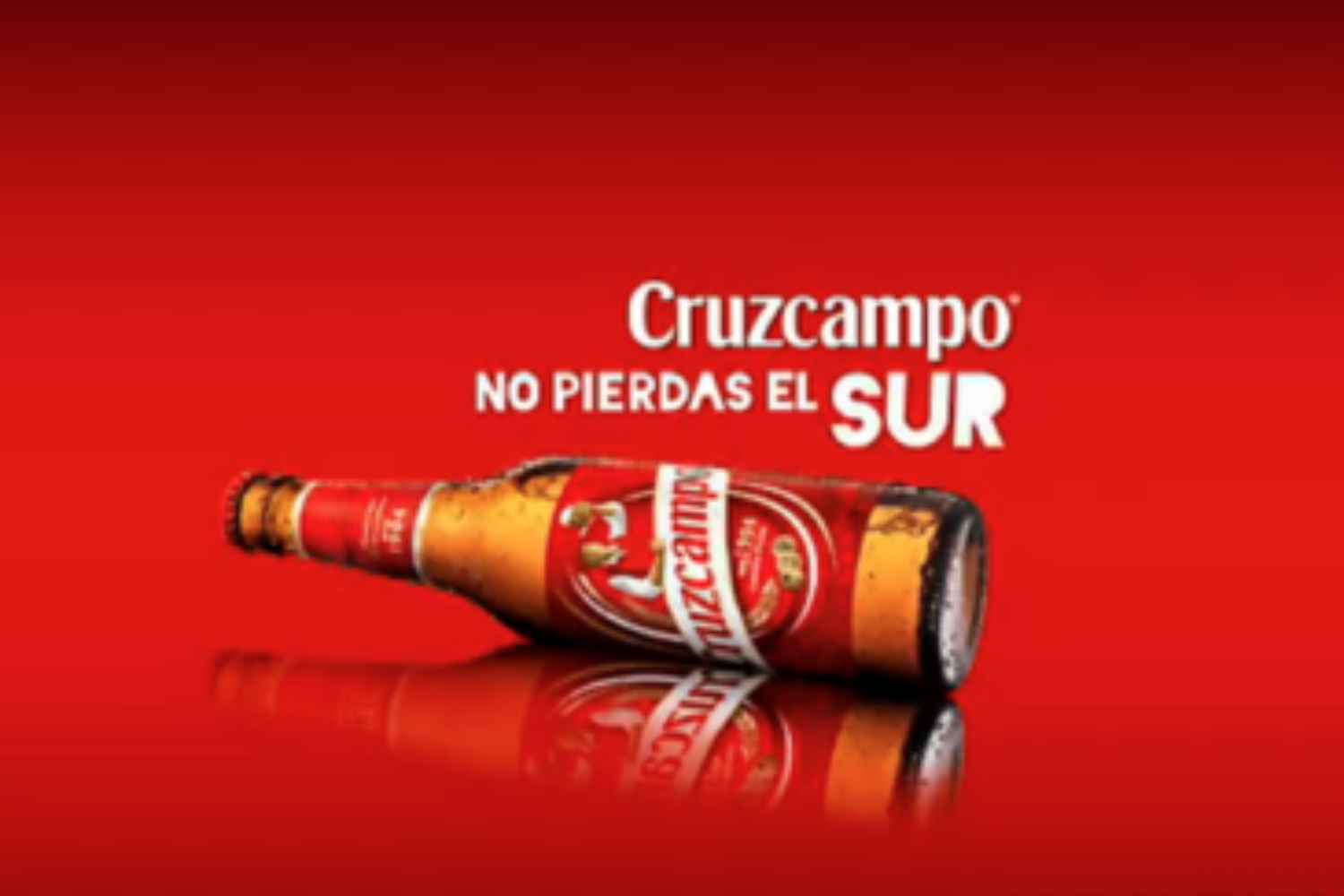 The other day I was crossing the city limits of Barcelona when a random print ad caught my full attention in less than a millisecond. One of the best slogans I have ever seen – “No pierdas el sur” de Cruzcampo, the Spanish beer brand.

Why is this slogan so sticky? Why two messages?

The origin of the brand

Cruzcampo from Seville is the biggest brewery in Spain. The literal translation of the slogan is, “Don’t lose the south.” In a glimpse of an instant the reader recalls the origin of the brand – Andalusia. The greatest tourist attraction of Spain is associated – among others – with fiesta, fun, good times. For a beer brand a fantastic correlation.

The original phrase in Spanish says, “No pierdas el norte.” – Don’t lose the north. It means not to lose the orientation. This is subliminal message not to drink too much. Cruzcampo says it in a smart, sophisticated way. They are not pushy, but they do push.

To think means to internalize. By changing the original phrase, by replacing ‘north’ by ‘south’ the viewer of the ad cannot help but thinking, “Hey, wait a minute – isn’t it called ‘north’?” My millisecond of thought while I was passing the large print ad, this millisecond is the big winner for Cruzcampo.

Four words that reflect the cultural background of the brand.

Congratulations to Cruzcampo for this terrific slogan – No pierdas el sur!