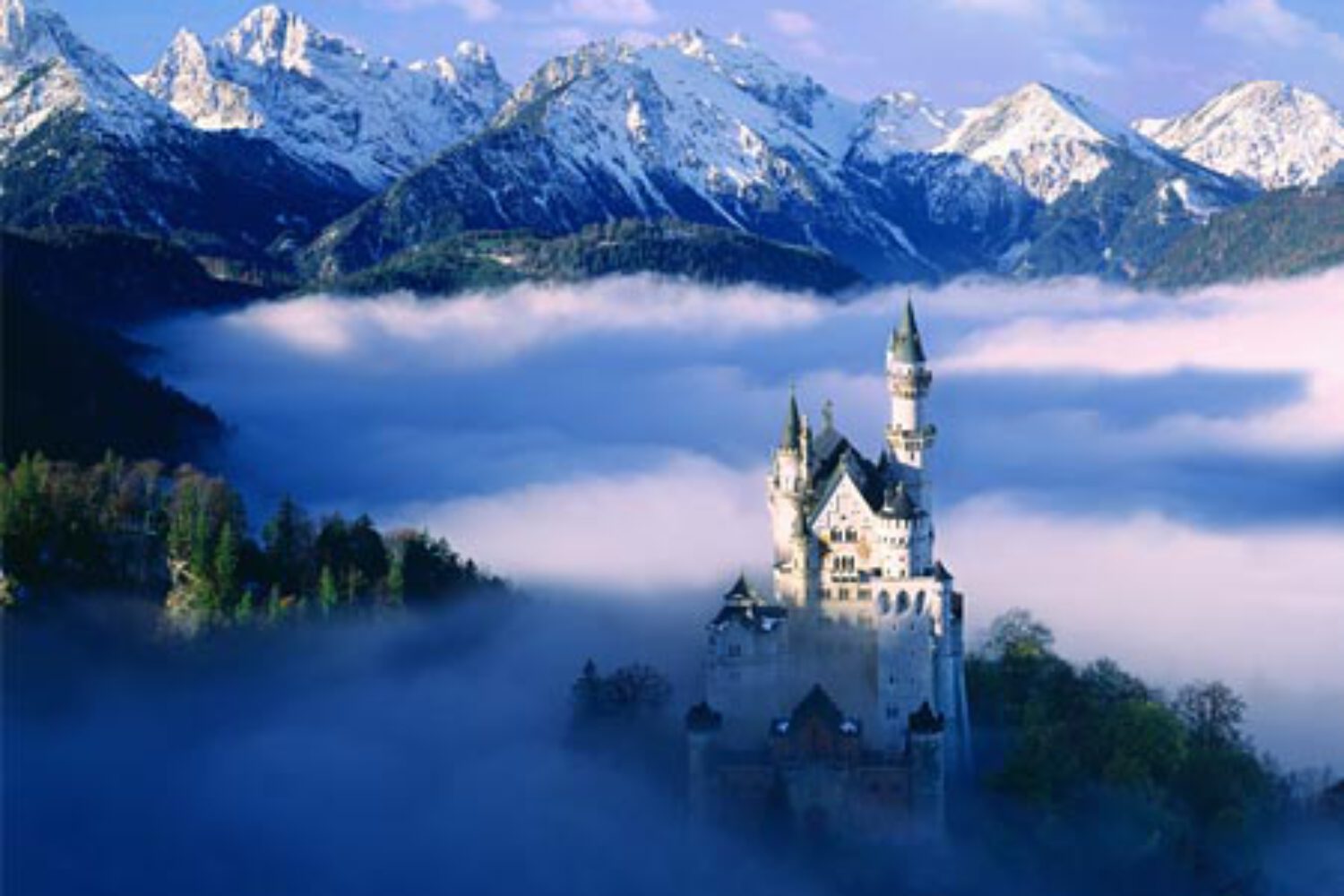 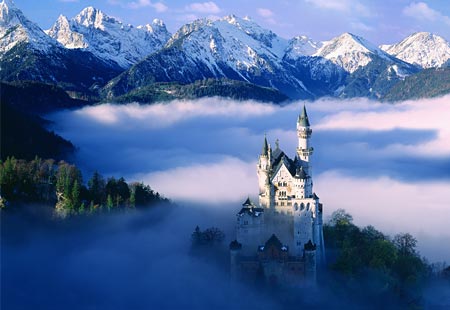 Once upon a time in a kingdom far far away there lived a beautiful princess. She was so beautiful that the Yellow Kingdom Press published photos and stories about her every day. But – what fancy Instagram pics could not capture was the curse the princess had been suffering from for more than a decade. An evil witch had jinxed her. The princess would never be able to speak in public.

A handsome and brave prince from the neighboring kingdom The Neighboring Kingdom had recently proposed to the princess – which set the entire royal household in a state of panic. For centuries it had been an unwritten law that the bride was to give a wedding speech to the 4,999 royal wedding guests. With the princess’ speech hurdle a horrible prospect.

The word spread fast. After three days a mysterious man whose face was shaded by a hood asked for an audience. In an even more mysterious tone he changed the royals’ perception. “You think you are cursed by this witch, Princess. But – truth is we all are cursed. We all face this hurdle, we all have to overcome it, we all have to leave our comfort zone. Your challenge is not your curse, but your courage. Go and practice! Go and get feedback from others. This will turn you into a rhetorical rock star at your wedding.”

The princess felt much better. Together with her first maid she put together a list of people she wanted to ask for feedback – the goblin, the giant, the fairy, and the wizard.

The goblin had retired from evil business a couple of years earlier. He had turned into a respected member of the kingdom’s society. Yet, he still had this radical transparency that turned many people off. He said what he thought and mostly he shared bad thoughts.

Sick of all those sugar coating people around her the princess decided to start with the goblin. For sure, he would tell her the truth.

With great enthusiasm she went to his gloomy cave. The goblin welcomed his prestigious guest without a smile. He never smiled. In his rough jargon he told her to drop small talk and give her speech right away.

The only light in the cave came from a rotten candle. The princess felt uneasy, but followed the goblin’s instructions.

She gave her speech. After five minutes she looked at the goblin with anticipation. What would he say? Did he like it?

The goblin frowned and hissed, “I didn’t like it. The whole speech doesn’t make sense to me. There is no structure, no beginning, no end. You speak too fast. You use too many ems and ums. You look too much at the wall and the floor; you totally ignored me. Your content is weak. I didn’t get this childhood story at all. Your speech also lacked transitions. And pauses. No pauses at all. And I still haven’t talked about your body and hand gestures. You didn’t move at all. That prince wants a salsa dancer, not a tin soldier. I think you have to practice much more. Come back when you have improved. Princess, you know where the gate is.”

All her enthusiasm was gone. The princess cried on her way out. She already thought about skipping her speech. But then her royal pride came back. She would give it at least one more try. Off she went to the giant.

In the kingdom everyone knew him as the giant. He was two heads taller than any other citizen. His real name was Robbin Tonys, but not even his mother called him that way. The giant was famous for his exuberant positivism and his outstanding motivational skills.

Coming from the goblin the princess thought this was exactly what she needed after that jerk.

The giant greeted her with a big fat smile – his trademark. He made her feel home, offered some drink, talked about life for a while, then sat back and waited for her speech with sincere anticipation.

The princess gave her speech. After five minutes she looked at the giant with doubt in her eyes. What would he say? Would he tell her that he liked, at least, something?

The giant rose from his squeaking chair and gave the princess a big hug. Then he started to praise her. “I really love your smile. It exudes warmth and positivism. You have charisma in abundance. I believe that you are super authentic and sincere. This makes you a natural communicator. You speak with energy and enthusiasm. I love that! I think with all that on your asset side, you are super well prepared for the big gig. Go for it, you can do it!”

When the princess left the giant’s place, she felt overwhelmingly positive. She could have embraced the world. “Curse, whatever… I have charisma,” she said to herself and smiled.

Just when she passed Mr. Moax’ butcher shop, the princess stopped. She started to brood. “I really loved the giant’s feedback. But, for sure, that miserable goblin had a point as well, despite his despicable way of saying it. Let’s see what the fairy will tell me.”

The fairy was the kingdom’s mediator of choice. How many wars and battles had never been fought thanks to the great communication skills of the fairy. She had a unique way of expressing opinions and perceptions in a constructive way. People dealing with her never felt that they did something wrong. They always felt that they could do it even better.

The two friends met under the old willow trees. The princess was happy to see the fairy. They hadn’t seen each other for a while. After a two-hour girls’ talk, the princess was finally ready to rehearse her wedding speech.

After the princess finished the fairy went straight to the point… “I think you have a good speech in your hands and I’m convinced that you can do even better. For example, if you use a simple structure with opening, three stories, ending, your audience will be able to follow you much better. What you can work on, too, is your vocal variety. If you pace down sometimes and include pauses, you will create much more tension and suspense. Every em and um will make a brilliant pause. Pauses will give you time to breathe and time to think about your next lines. What I also suggest is to avoid looking at any other place but your audience’s eyes. Look them into their eyes and they will feel included and respected. When you tell your childhood story set a better scene. Touch all their five senses…”

The fairy continued with her constructive comments for a good while. The princess looked at her with sparkling eyes. She loved the fairy’s feedback. Funny, she thought, the fairy told her more or less the same as the goblin had said. But it was totally different.

When the princess left the fairy she felt like she had grown personally. It was a fantastic feeling.

The last person on her list was the wizard.

Nobody knew how old he was. Some people said 450 years. Some said 800. Fact was, the wizard was the wisest man in the entire kingdom, and probably wiser than anyone from The Neighboring Kingdom as well.

The wizard lived in a small castle with three wooden towers. He didn’t expect visitors that day, but the princess, of course, was always a most welcome guest.

He was well informed about the curse and the challenge. All his life he had lived by example, led by example, taught by example. He planned to do the same with the beautiful princess.

After she had given her speech, the wizard looked at her frowning. For a long while. Then, suddenly, he rose to his feet and began to talk.

“I can see that you have rehearsed this speech several times already. With good progress. Therefore, I want to focus on three specific areas of improvement and I will give you concrete examples of what I think can improve this speech even more.”

The princess was thrilled. The giant had motivated her. The fairy had helped her grow. And now the wise wizard with his wise examples.

The wizard focused on dramatic pauses. He explained to her that when telling her childhood story she should say… “And then, when everything looked perfect, when the future looked bright, then… That’s where you make a long pause. These 4,999 people will stick to your lips.”

The wizard focused on the opening. He advised her to start her speech holding up a red rose and saying, ‘This is the rose that grows in my heart. Only the noblest man can pluck it.'”

The wizard focused on hand gestures. “Move them like you move them when you explain some exciting event to your maids. When you talk about love, touch your heart. When you speak about your common future point at the horizon.”

The wizard was not the king, but the king of feedback were the wizard’s examples. The Princess loved them. When she left she gave the old wise man a hearty hug.

Despite curses and hurdles, the wedding speech was the best wedding speech ever given by  a princess of the kingdom. According to the wizard who had experienced a whole bunch of them.

And the princess and her prince lived happily ever after

Moral of the story

Stay away from goblins. Surround yourself with giants, fairies and wizards.