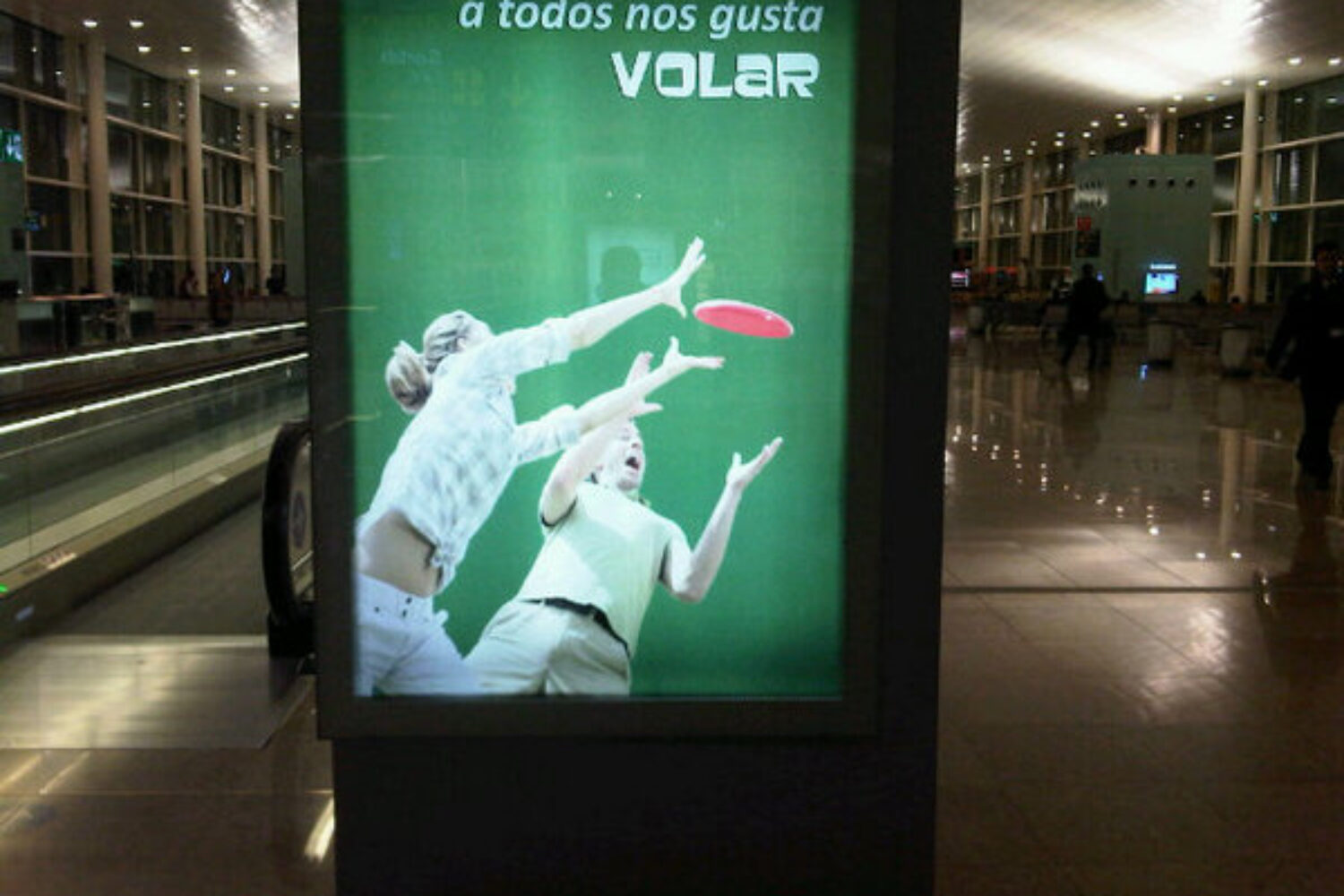 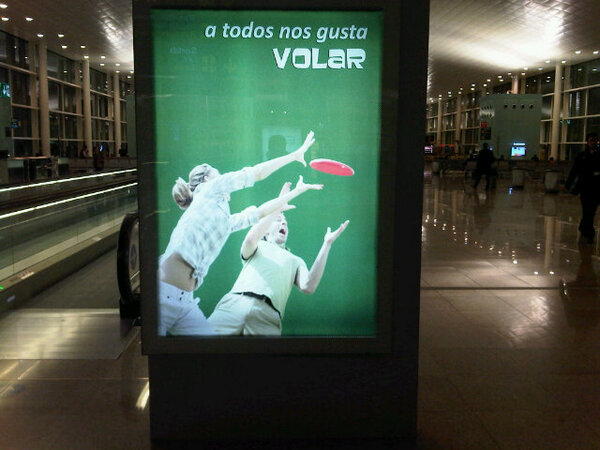 Mark Twain, the master of witty wisdom, said, All generalizations are false, including this one.

It’s so true. Think about your own relationships. How many times do you use the word always when you complain about something your partner did wrong (from your point of you). Then you might say, You always forget to shut the door.

The word never is another trap of reason. You never say that you love me. Wrong!

Always is never right, and never is always wrong.

Now – look at this anonymous ad poster (image above), which attacked Spanish airports ruthlessly at the end of 2012, beginning of 2013.

A todos nos gusta volar – We all like flying.

In this specific Armageddon of advertising, though, the creative creators AND those people who paid for this campaign committed a second crime of logic.

The fear of flying is one of the most widespread fears in the world. In airsafe.com we read that,

Research is somewhat sparse, with one of the most important studies on fear of flying dating back to 1980, when two Boeing researchers found that 18.1% of adults in the U.S. were afraid to fly, and that another 12.6% of adults experienced anxiety when they fly. In short, about one in three adult Americans were afraid to fly.

A more recent poll conducted by Newsweek magazine in 1999 found that 50% of the adults surveyed who flew on commercial airlines were frightened at least sometimes.

On the same website I found another striking anecdote:

On 16 February 1999, director Barry Sonnenfeld, whose films include Men in Black, Men in Black II, and Wild, Wild West, escaped injury when the Gulfstream II executive jet he was riding ran off the runway at the Van Nuys, CA airport, crashed into several nearby aircraft, and caught fire. Sonnenfeld and the three crew members escaped injury, but the aircraft was seriously damaged. After the accident, Sonnenfeld was quoted as saying that “The weird thing is that I hate to fly, and the quote that I give people is that every time I get off a plane, I view it as a failed suicide attempt.”

Every time I saw this “A todos nos gusta volar” ad at the airport of Barcelona it gave me the creeps. This must be one of the worst ads of all times.

As a public speaker you’d know what to do better. You’d ask your audience a question: “Who of you likes flying?” Or, “Do you like flying?”

Turn all your general assumptions into closed questions and you’ll ALWAYS land safely on the runway.

Then, Mark Twain will be smiling in his grave because, for once, someone proved him wrong.

Tip: Read more about the generalization trap in PlusPlus – Patterns for Better Communication.