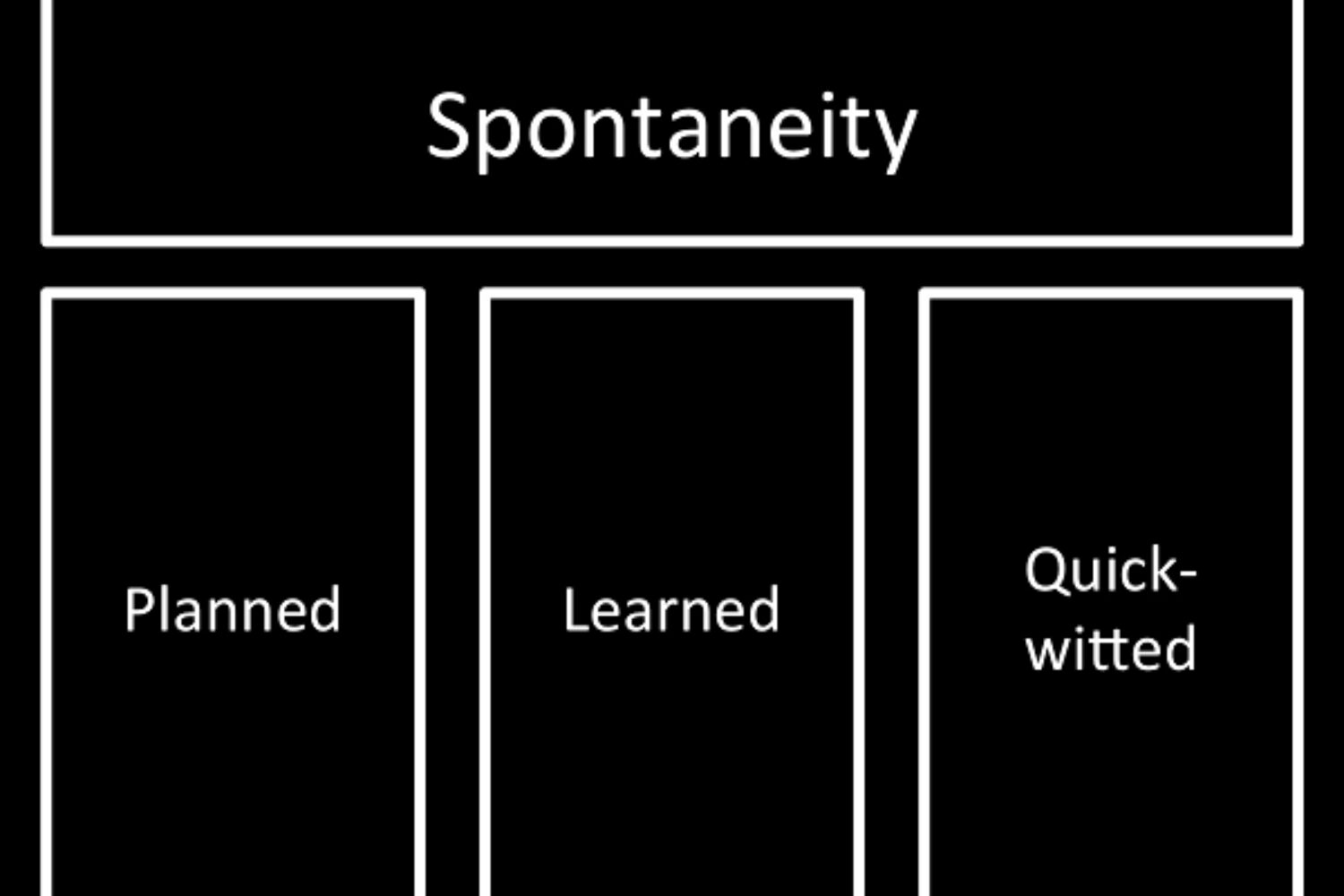 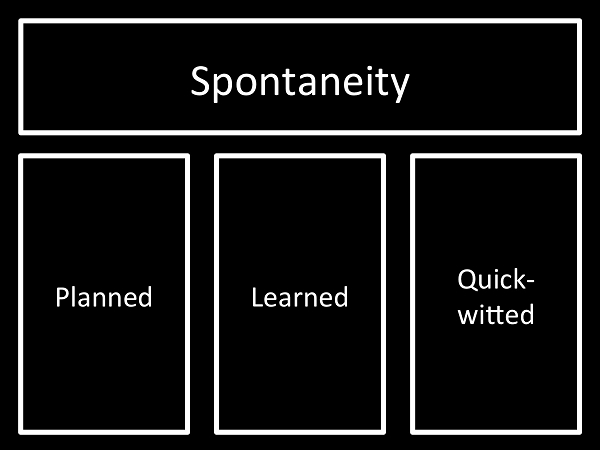 One of my favorite quotations comes from Mark Twain who said, It usually takes more than three weeks to prepare a good impromptu speech.

Impromptu speaking, speaking off the cuff, spontaneous answers and comments  – spontaneity is one of the great challenges in communication. It’s also a key expectation of many of my seminar participants. They want to find an answer to the question, How can I become more spontaneous when I speak in public?

Why would you want to be more spontaneous?

Spontaneity in our communication is important for two reasons.

First, it’s a charisma driver. We perceive a spontaneous person – both in communication and attitude – as more charismatic compared to the more logical minds who are driven only by rationality and who never leave their rigid structure.

Second, saying something spontaneous, proceeding from natural feeling or native tendency without external constraint, often comes down the unexpected path. Saying the unexpected is a pattern of humor. Hence, spontaneous communicators tend to be more humorous.

Humor and charisma – two important side effects of spontaneity.

For me, there are three ways to be more spontaneous in public speaking.

An oxymoron, obviously. But – listen to what Mark Twain said! The art is to appear spontaneous while it’s a planned move.

You can make a spontaneous reference to the weather: When I crossed the street and approached the house where my friend Boris lived, it was raining cats and dogs – just like here in Barcelona today.

You can make a spontaneous reference to the infrastructure around you: I entered the office of my ex boss and it had the size of this room. It was an enormous office.

You can make a spontaneous reference to someone from the audience: I was just discussing this subject with Tom from London before and he told me that, …

All three references seem to be spontaneous. But they’re not. You plan to include them in your speech, beforehand.

A second way to be more spontaneous in public speaking is the re-use of patterns you’ve learned. This applies, especially, to humor. Stand-up comedians do it all the time. Any joke must work with three different audiences, otherwise they throw the joke out the script.

You can create a collection of spontaneous answers, which cause audience laughter or smiling faces.

I love to torture my seminar participants with some impromptu a cappella singing. Not me, they have to sing. I request someone to step up in front of the group. Then I ask that person, Do you know a song?

The standard answer is, I won’t sing!

Knowing the answer upfront I can shoot back instantly and say, That was not my question. Do you know a song?

The others always laugh. It’s now a learned pattern and part of my repertoire of spontaneous answers.

This is the hardest part. You’ll find many pages on the web offering tricks and recommendations on how to become more quick-witted. Like this one.

But – in the end it has a lot to do with your general knowledge and experience.

My father was one of the most quick-witted tongues I’ve ever crossed paths with. Nothing comes from nothing. He’d solve the most sophisticated crosswords in minutes. He followed political discussions on the radio every single day. And he was a passionate pub debater. It’s in the pub where he practiced his quick-wittedness every day.

Nothing comes from nothing.

Prepare yourself; you too can be more spontaneous!