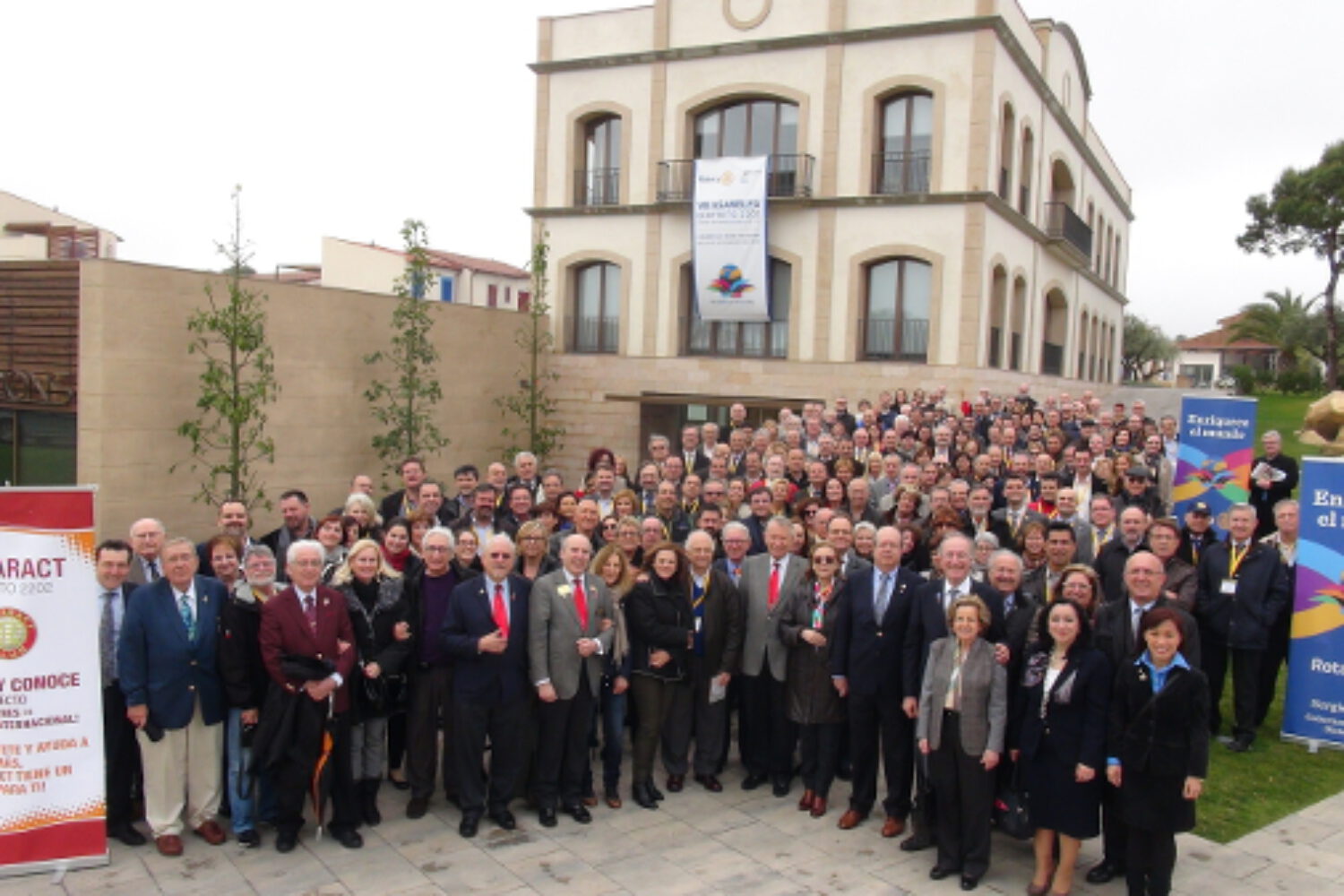 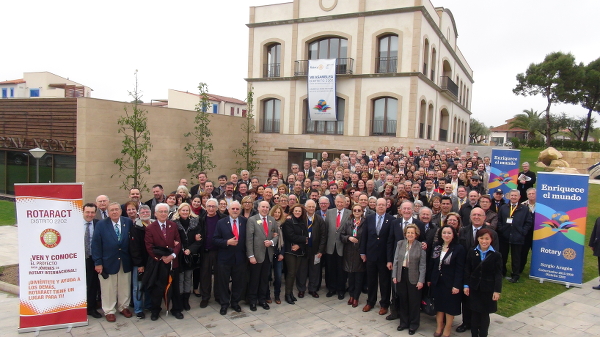 In 2006, I joined Rotary International, the world’s biggest humanitarian social club with more than 1,200,000 members. Nine years later I faced an even bigger public speaking challenge. In my new role as Sergeant at Arms (or Master of Ceremony) within our District management team, I had to moderate and facilitate the VIII Assembly of District 2202 of Rotary International.

Rotary is organized in clubs, districts and zones. Our district is District 2202. It covers the Northern Spanish region including the states of Cantabria, Navarra, La Rioja, Basque country, Aragón and Catalonia.

On 20-22 March 2015, 200+ Rotarians from Santander to Barcelona came together in Cambrils Parc Resort in the south of Tarragona. Two inspiring days packed with program and plenary sessions. A rigid protocol with flag ceremonies, salutations in exact orders, dress code. 20 speakers, 169 slides. Tons of unexpected, unplanned and unpredictable incidents, last second changes, tough decisions, and struggling with a not yet fully digested protocol – for me, as the Master of Ceremonies, this event was a fantastic field of personal growth.

As a moderator and facilitator, I learned three big lessons.

When I’d planned the stage setting I foresaw one lectern for the speakers. One day before the event, when we were putting it all together, I was informed that we had two lecterns – one for the speakers, one for me, the Macero (Maestro de ceremonias de Rotary).

I won’t use a lectern, I insisted. Why would I use a lectern? It kills all my body language, stage movement and energy! The answer was, Because we’ve always done it that way.

It was Albert Einstein who said that, Insanity is doing the same thing over and over again and expecting different results.

In the end, we had two lecterns on stage. But the second one was used for our Rotarian bell. I moderated with moderation cards, hand microphone and free from any wooden restrictions. It worked. No one missed me standing behind that lectern. As a moderator, sometimes you have to do it your way.

2) All leadership is the decision between two bad options

This phrase I’d just heard about one week earlier at our Spectacular Speaking event in Barcelona. I had no idea that I’d be confronted with such a situation just one week later.

First day, Friday. 16:23 h. In seven minutes the first plenary session is about to start. Everyone is briefed. 18 flag carriers wait outside ready to pick up their flags for the inauguration ceremony. PowerPoint checked. Audio fine. People taking their seats. The room is dark; the stage is bright. Ready to go. Suddenly, a lady approaches me, furiously. She barks at me, Where is the flag of our city? We delivered it yesterday. It’s not there. Where is the flag?

Five minutes to go. We rush to the room where we parked all the flags. The woman looks for a flagpole with a pointed metallic top. There it is. But that’s not our city, that’s Europe! She’s even more furious now.

Three minutes to go. I look at Txente, our kind friend from Basque country who helped us with the flags. With a firm voice I say, Change it, Europe out!

3) Know when to be serious

At one point, and this is my biggest lesson learned at our Rotarian Assembly, I almost screwed up. It was when the treasurer elect, Rose Chong, presented the budget for our District for the Rotarian year 2015/16.

After a proficient and professional presentation, all elected presidents were asked to vote for or against the budget. Only green cards, not one red card. 100% of the voting base agreed with the proposed budget. To me, as a German, this very moment reminded me of voting procedures in the former German Democratic Republic. I was so close to make an extremely inappropriate comment. Fortunately, I didn’t. It was a serious moment with no room for jokes.

People love my entertaining, funny communication style. But, as a moderator, sometimes I have to know when to be serious.

Rotary is all about voluntary work. In Rotarian leadership, we don’t get paid money; we get paid experience. That Rotarian Assembly in Cambrils was a fantastic field of personal growth. Thank you, Rotary!

Special thanks to Governor elect Sergio Aragón for your trust, to my mentor and friend Peter Wesner who planted the Rotarian seed in me, to my Rotarian godfather Horst Rietmüller who opened the door for me and to Miguel Fernandez, our former President at RC Barcelona Europa, who let me in.

If you’re interested in Rotary, you can send me a private mail anytime and I’ll answer all your questions.

For more information, here is a radio interview I gave at an English-speaking radio station in Barcelona on 19 March 2015.