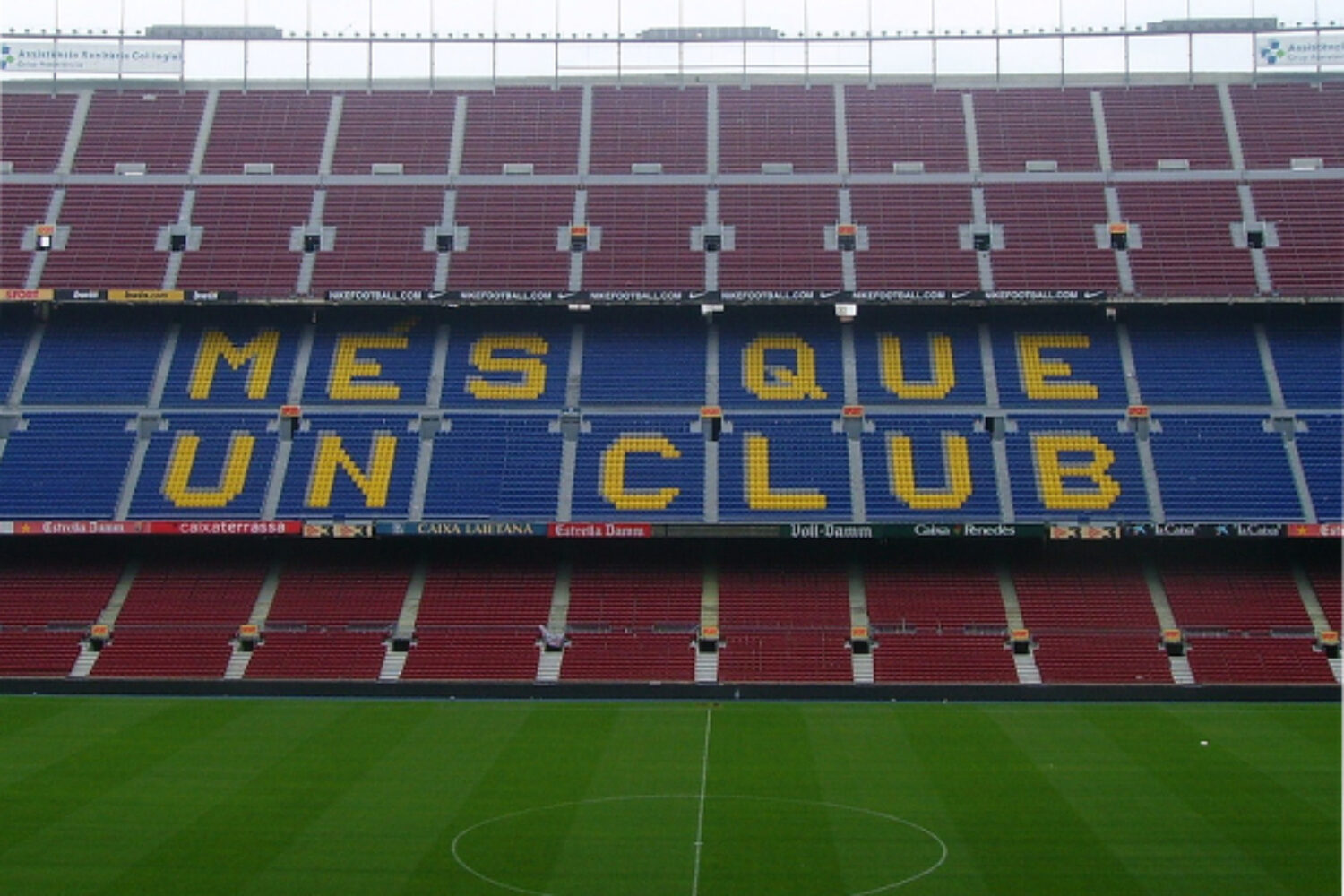 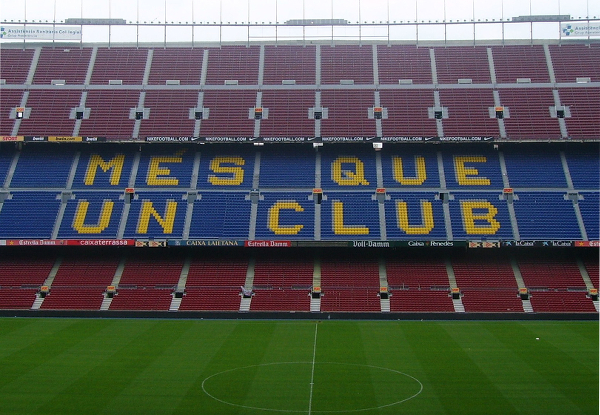 In football, in soccer we talk a lot about MVPs – most valuable players. No doubt about Lionel Messi being Barça’s MVP for many years now. But that’s the pitch. And professional football is much more than just the pitch. There’s another massively valuable player, and he has nothing to do with the core football team.

I’ve been a supporter of Barça since 1997 when I first arrived in the Ciudad Condal as an ERASMUS exchange student. Thanks to Rivaldo and Co. we won the Spanish league in that year. Coach Van Gaal hadn’t managed to bring in all the Dutch national team yet, hence we were still successful.

On September 20th 2015, I took my little man Alvaro to the stadium yet another time. FC Barcelona – Levante 4:1. A random game with two random Messi goals. Not too spectacular. The only highlights, apart from the five goals, were the stadium’s outcry for independence (which always happens at 17m 14s in order to remind the world of the year 1714, when Catalonia lost in the War of the Spanish Succession) and a four-round La Ola.

As a professional speaker, though, one thing struck me that night.

As the goals happened, nothing happened. Nothing. Silence. We had to wait for the scoreboard to know about the goal scorer.

Come on, Barça, being such an international powerhouse of sports, how can you not have a super energetic, mega entertaining, American-style professional spokesman for your games? The only time that existing guy opened the microphone was, when someone was replaced. In a phlegmatic, boring, monotonous voice he announced those replacements.

A pro football team without an MC is like beer without bubbles.

My dear Barça, your Camp Nou is already famous for being a tomb. But, on top of that, do you really, really, really want to have an undertaker as a stadium spokesman?

In the end, that guy is also an MVP… without ball.