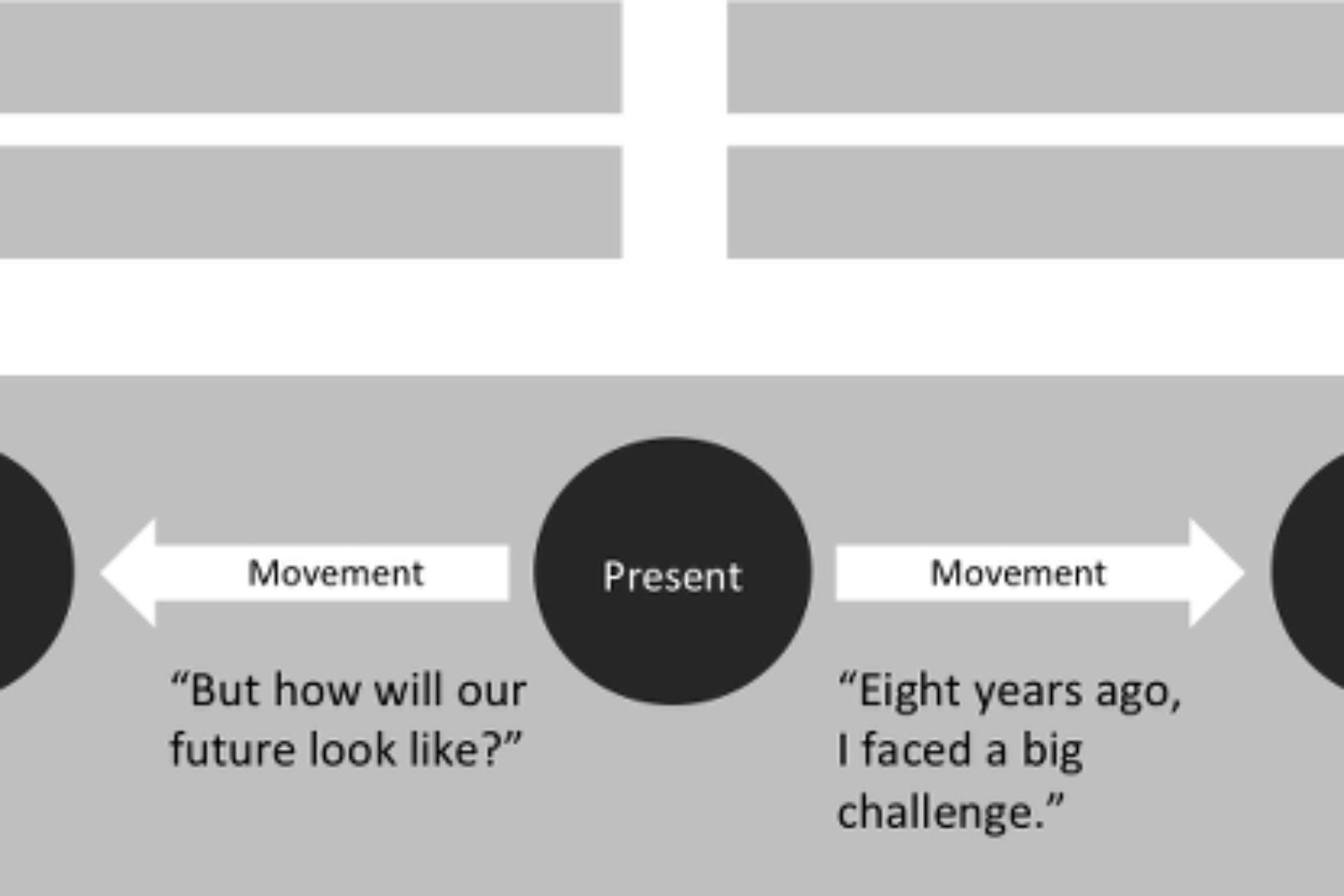 Do you know these speakers who present something for twenty minutes, and while they’re presenting they plant and stand still the entire time – like a tin soldier? The result: the attention span in the audience drops like a hot potato. Stage movement is a must for public speakers. Stage movement increases the level of attention in your audience. For one simple reason…

The most effective stage movements for me are those that have a purpose. Here are three ways to move more effectively on stage.

Imagine you give a speech with a speech body, which consists of three parts – ABC (Compare the Speech Structure Building). Be aware that your stage movements should always reflect the point of view of the audience. They have a mirrored view of your movements.

ABC movements are great because they underline the transitions between your different speech blocks.

A stage is so much more than just a stage. It’s also a timeline. The center is now, today, the present. On your right – that’s the past (for your audience). On your left – that’s the future. I love to move through time on stage.

A third way to move more effectively on stage is when you move geographically. Locations, villages, cities – use them as holograms on stage. When you move from Buenos Aires to Berlin (again in a mirrored way), the audience literally moves to Berlin with you. It’s an amazing effect!

Whether it’s to support your speech block transitions or your movements through time and space – use more stage movements with purpose. They won’t see a tin soldier; they won’t see a lion in the cage. They will see a speaker who commands the stage, and by commanding the stage you’ll influence the level of attention in that room.