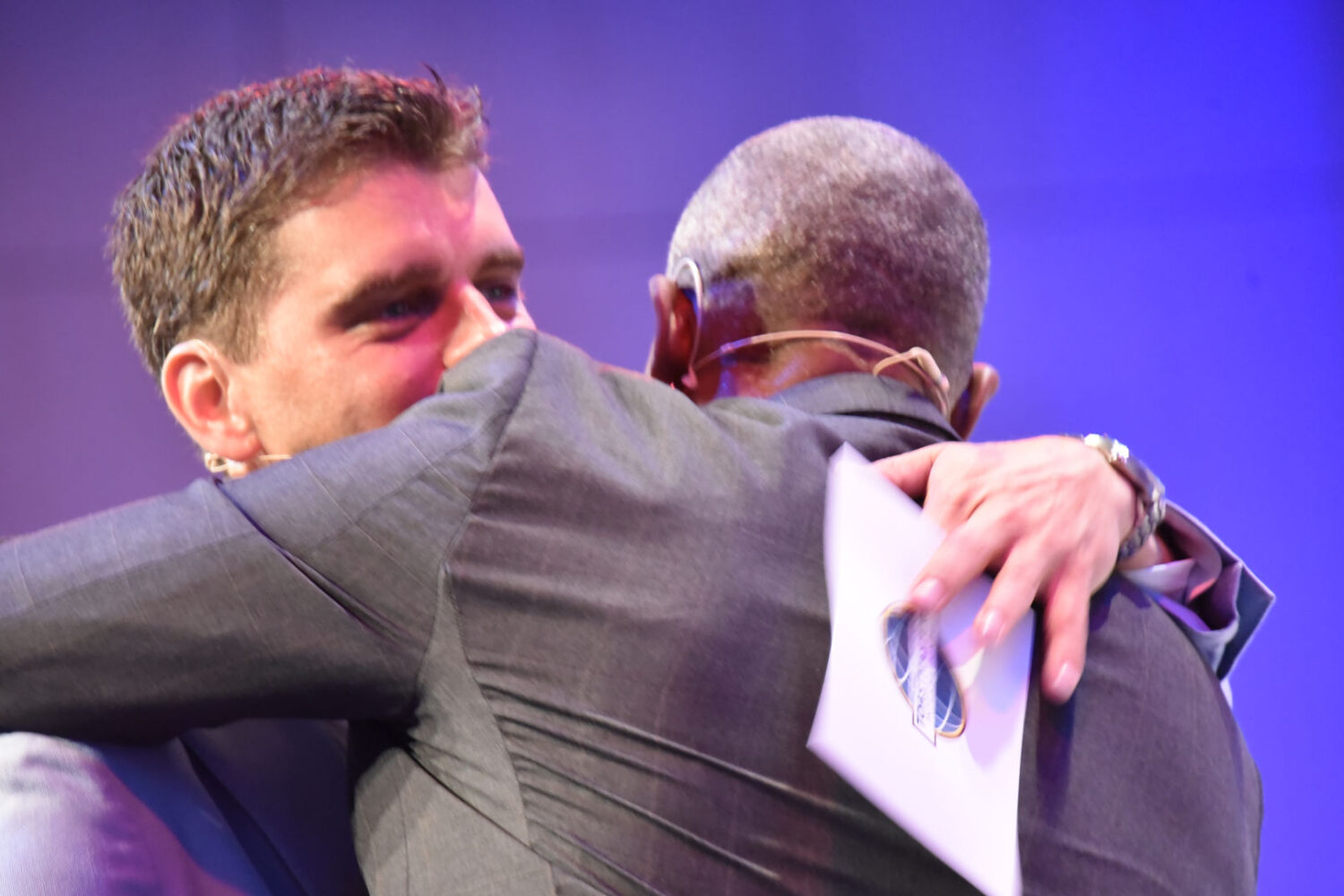 We have just said goodbye to 2017. We have just said, Hello, 2018! Many people have publicly announced their New Year’s resolutions. New Year, new energy. Among you and me, I’m not into New Year resolutions at all. But I have been looking for the answer to one question for quite some time now: What is the next big thing?

Standstill equals death. As a professional I feel super alive. But isn’t that because I haven’t stopped working on training formats, books, articles, videos, blog posts, online courses, keynote speeches, a public speaking board game and personal branding for the last nine years?

So what’s next? That is the big question that has been racking me. Standstill equals death.

A couple of weeks back, I attended a District Conference of Toastmasters International in Milan. Among many highlights, the keynote speaker stood out: Darren LaCroix. The 2001 World Champion of Public Speaking gave a wonderful keynote speech. The message: Be a sponge! Sponge positivity; sponge advice; sponge wisdom, sponge everything. Darren particularly put emphasis on the importance to have mentors in life. But Darren said something that rang an even bigger bell in my head: Our ego keeps mentors away.

I’m a self-starter; I love to produce; I have proven to be successful; I have created my own brand; I can do anything; I don’t need to be a sponge and I don’t need anyone! Or… am I wrong? Has my ego become too big? Is my ego stopping me from growing? Does my ego keep away mentors in life?

My next big thing is to crush my ego!

I decided it is time to raise my keynote speaking game – with a mentor. And I found him.

The first time I met big-hearted Mark Brown was in Kuala Lumpur in 2014. We both were speakers at the Annual Conference of Toastmasters International. I met him again in 2017. We both were speakers and trainers at Olivia Schofield’s Spectacular Speaking event in Berlin. One day later, I had the pleasure to introduce him as the keynote speaker at the D95 Toastmasters District Conference in Berlin. Before I handed over to him, I enthusiastically declared that, This man has the word ‘empathy’ tattooed on his forehead!

Originally from Kingston, Jamaica, Mark Brown migrated to the United States at 18 years old with only $40 in his pocket and a dream for a better life. Today, he has become an internationally acclaimed inspirational speaker.

In 1995, Mark won the illustrious Toastmasters World Championship of Public Speaking. Since then, he has delivered more than 3,500 presentations, to more than 1.7 million people on 5 continents.

As an expert in helping people overcome their fears to reach their maximum potential, Mark has been featured on CNN Headline News and in The New York Times, and Men’s Health. He even had his own PBS Special, which was nominated for an Emmy Award.

In the future, I plan to add more keynotes to my agenda. Mark Brown is my springboard. Together with Mark I will create my 60-minute signature keynote speech. It will be a killer keynote on charisma. Mark will lay a special focus on helping me turn the stories within the keynote speech into stellar stories.

Thank you, big-hearted Mark, for your trust. I’m very much looking forward to our flourishing professional collaboration.