Benjamin is this tall rock with this big heart. The co-CEO of the digital arm of a leading German media and publishing group knows everything about the future of newspapers. It happened during the Charisma Booster 2 training on a cold and snowy day in Munich on January 15, 2019. On that day a new charisma driver was born.

They had 11 minutes to come up with 11 charisma drivers that are not innate. Benjamin’s group was first. The two of them positioned themselves in front of our half circle. They presented usual suspects like voice, body language, smile, humor, competence, … I had heard them so many times. But then it was Benjamin’s turn again. On his white flash card he had scribbled down a word I had never heard before in this exercise. He ejected the word with gravitas: Holistic.

For Benjamin and his colleague Gina, the newsletter expert, charismatic communicators have the ability to connect with anyone, independent from their backgrounds, likes or personalities.

I love the word holistic, especially because I feel so identified with it. The other day I tweeted that I must be the needle in the haystack who takes public transport to a Michelin star restaurant. I have always loved to connect with anyone – from taxi drivers to CEOs. I am convinced that your communicational value grows when you slip on all parquets. Your charisma grows when you have something to say. You have something to say when your experiences in life are versatile. Your experiences in life are versatile when you speak and connect with diverse characters.

In public speaking you do not really have an option. Normally, an audience is a fan of diversity. Our job as speakers is to connect with as many people as possible. I used to refer to empathy as one of the key success factors for public speakers. It is never about you; it is always about them.

Combining empathy with Benjamin’s word, from now on, I will call this concept Holistic Empathy. 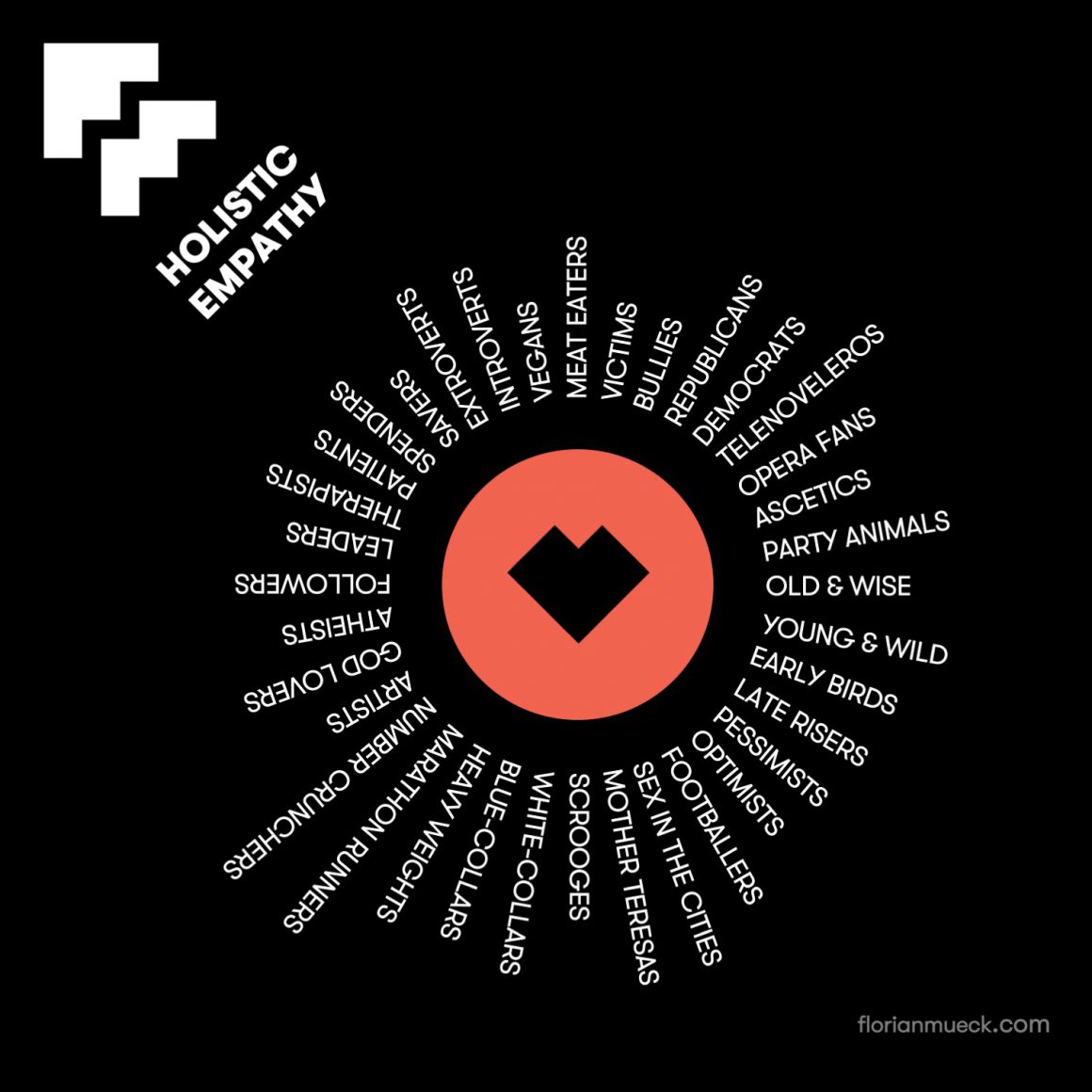 Holistic empathy will help me to pay much more attention to the individual needs of my audience. It will help me to interact better with subgroups. And it will help me to avoid “landmines of antipathy” (not only sex, politics and religion). Among others, which I do not know yet.

Thank you, Benjamin, for your word.

Thank you for your inspiration.

Photo by Corey Agopian on Unsplash