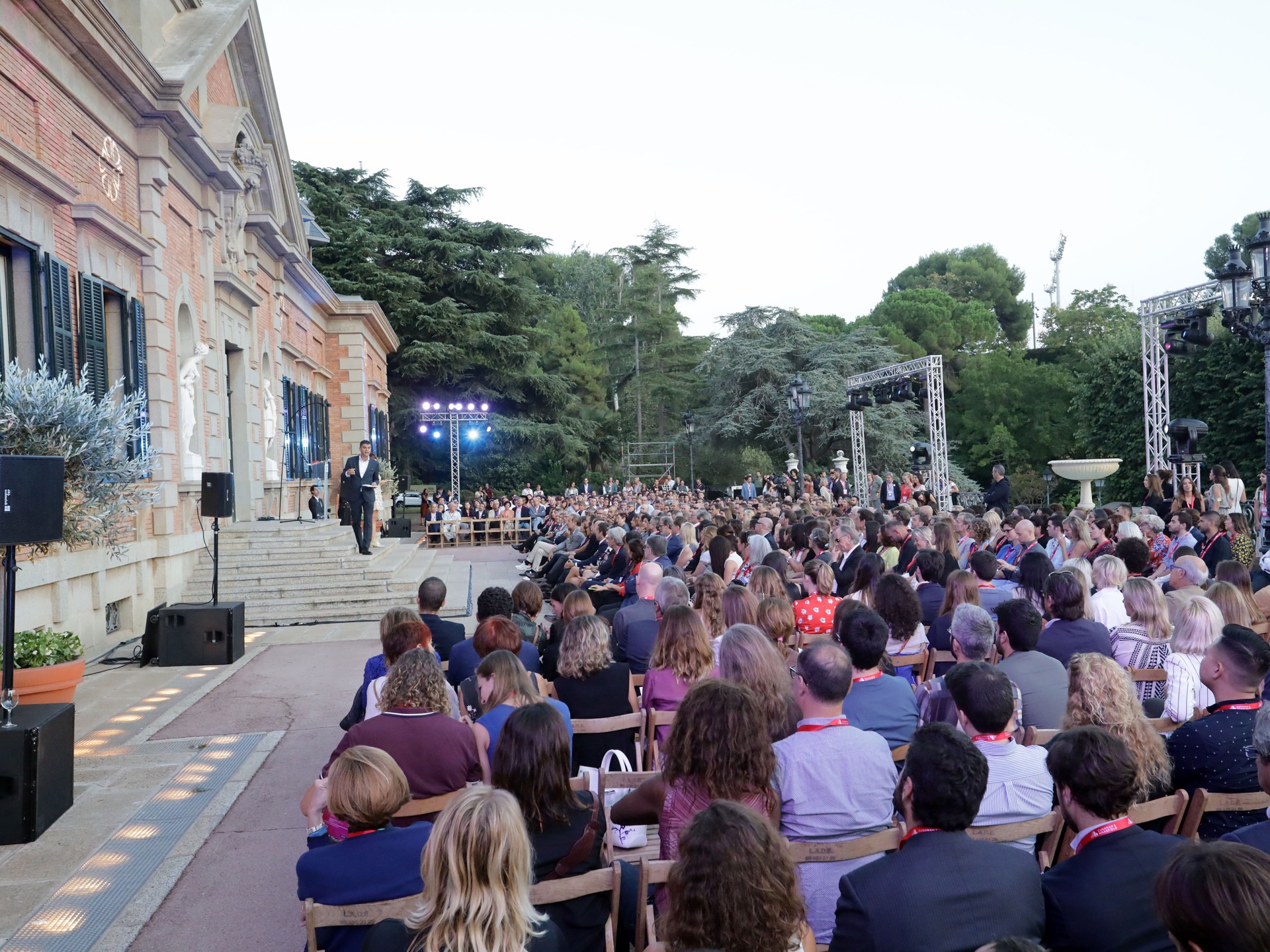 One of my public speaking favorites is moderation, moderation of events. The task: create positive vibes and make others shine. Wonderful. On 18 September 2019, I had the pleasure and honor to co-moderate the biggest annual networking event in Barcelona, the Hola Barcelona Cocktail. Here are five reasons, why Barcelona smiled that night.

The organizers of the event, Barcelona Global, contacted me, on short notice, to be the co-host next to the local celebrity Bibiana Ballbè, a TV producer and host. We had our team briefing five days before the event. The managing director of Barcelona Global, Mateu, was extremely kind. He had prepared a full script of everything that had to be covered from our side. The work could start. As a public speaker I have my own voice, my own style, my own humor. I converted the script into a Google Doc. Bibiana and I started to co-edit the scrip and make it our own.

Once we had finished the script, I started to create the moderation cards. DIN A5, 300 gram paper, our lines on the front, the Barcelona Global logo on the back. Never use messy papers, always go for professional moderation cards. A detail, but a huge one.

One hour before the event. It’s hot. I’m sweating in my new suit. There comes Bibiana. We do a sound check, then we retreat to do a dry run below some trees. My idea (and it is in the script!) is that Bibiana starts to greet everyone with a super loud HOLAAAAA BARCELONAAAAA! But she just skips it, she says it’s not her style. My blood pressure goes up. “But that kills my starting phrase later on!” I put on my German face. Bibiana stays strong. “Don’t be so German, Florian!” I agree and realize one thing: I need to be more flexible. In the end, the show started extremely well without anyone screaming.

Any audience loves it, when they are part of the action. The Hola Barcelona Cocktail is all about networking. It’s about connecting “Barcelonians by birth” and “Barcelonians by choice”. The first group wore blue badges, the second group pink. During our moderation Bibiana and I made everyone look for neighbors with badges of the other color and then… HIGH FIVE!! The dynamics of the entire event changed completely in that moment. The night saw zillions of high fives.

You can have a script as a moderator, but only in combination with spontaneity. Spontaneous dialogs with your co-host, calling the room when something unexpected happens or a high five with the mayor of Barcelona… As a moderator you are the salt and the pepper and the Chili of the event.

Thank you, Mateu, Anna and all the team of Barcelona Global, for this wonderful opportunity. Thank you, Bibiana, for being such a great co-host. Thank you, Barcelona, for all your smiles that night.