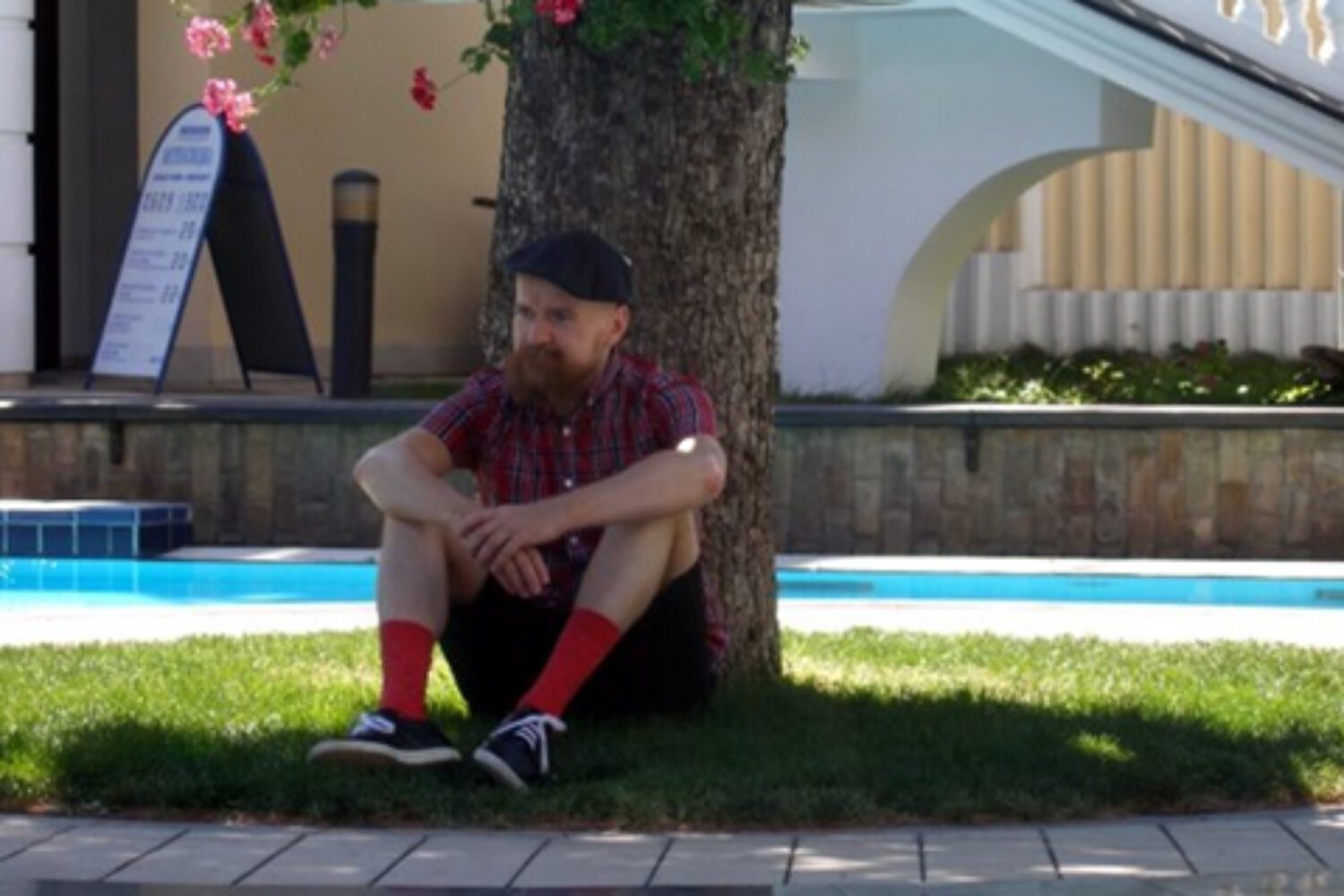 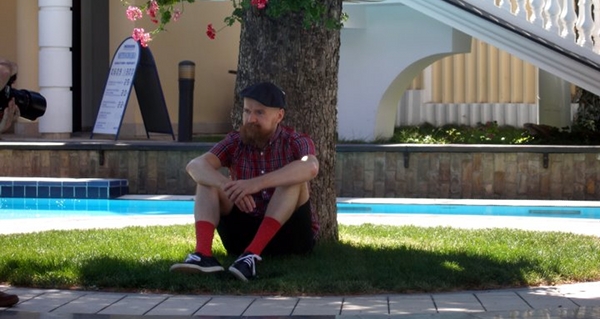 It was my first trip to Spain. Platja d’Aro at the Catalan Costa Brava. We were five soccer buddies who drank too much Sangría and talked too much about all the girls we’d never talk to.

21 years ago, I had yet to learn so much in life. But – I already knew one thing for sure. I loved those summer hits!

I loved those songs which were constantly playing on that big music video screen in our hotel bar. 1991 was the year of Losing my Religion, the Shoop Shoop Song and Cruzified.

Especially the latter one by the Swedish band Army of Lovers set free mountains of hormones. I cannot deny that – as an 18-year-old teenager – I was fascinated by the female singer’s screen filling appearance.

The mastermind behind this one and other successful Swedish music projects is Alexander Bard. Always a step ahead of time, Alexander has recently launched his latest project – Gravitonas. Gravitonas is the first band who exclusively publish their songs on Spotify. No CDs, no iTunes, just streaming.

On top of that, last month I saw the video of Alexander’s keynote presentation he gave at Berlin’s web conference Next! When I saw this energetic, intriguing, cliché breaking speaker I just had to interview him…

Alex, you are an artist, a music producer, a writer, a philosopher and – now – a public speaker. Where can we buy your creativity?

Thank you for your kind words. But I regard those different activities as one unity. If you can write, speak, and compose music, then you can easily do all three things together as they are easy to combine. We live in an age anyway where we are getting terribly bored with specialization, so generalization in a positive sense is far more interesting. I believe in dividualism rather than individualism. People who have done a lot of things are far more interesting than one-hit-wonders anyway.

You’ve had huge success in your life as a music producer and performer. What are the key differences between performing on stage as a singer and speaking in public?

There are no real differences except that you use your singing voice during music performances – and in my case also the fingers on keyboards and computers – and your speaking voice during speeches. The rest is all the same: An interesting story to tell and an angle to the story which is unique, fresh and – above all – relevant to the audience in question. Music performances relate to records released, speeches to books released – same thing there too.

What’s your biggest lesson learned as a public speaker?

The importance of the content! I would much rather listen to a mediocre speaker with a great and fascinating story than an elegant speaker spitting out clichés. I especially avoid anything to do with life coaching and entrepreneurship these days. That whole area is totally inflated by elegant speakers with nothing interesting or original to say. Inspirational speeches are rarely inspirational after all, usually just preachy and boring. The problem is that really good management theory is often better presented in book form rather than as speeches because it requires depth. Depth is always the hardest thing to add to a speech while keeping the momentum going.

At your Next! talk in Berlin you used a blackboard instead of a “normal” whiteboard or even Powerpoint. What’s your opinion towards the latter?

I’m sooo tired of powerpoint because it has become a universal standard and although it’s comfortable for the user it is anything but exciting for the audience. We all know we shouldn’t write what we also say. Still this is what speakers do all the time, as if powerpoint was their personal notes made public. Bad idea! Think difference instead! Speaking with powerpoint is like performing music playback, it leaves no space whatsoever for improvisation or for picking up an interesting thread from the audience. And really great speakers don’t need any technical equipment anyway, they ONLY speak!

How do you connect with your audience as a public speaker compared to your role as a music performer?

Public speaking is much more direct. For example, I do crack a first joke within the first 15 seconds on stage when I speak. When I perform with Gravitonas we are dead serious about our music, it’s a much more spiritual experience, so cracking jokes is an absolute no-no. Public speakers should learn from brilliant baptist pastors. Music performers learn much more from Las Vegas shows or the intensity of, for example, a Paris jazz bar.

When is a speech a good speech for you?

When it leaves me with a feeling that my life just expanded. I felt my worldview got bigger, my tolerance became warmer and more intense, my acceptance of the world and things as they really are more sincere, and then I felt encouraged to go out and do things together with other people. A good speech leaves you admiring The Universe and being thankful you’re a part of it all!

And when is it excellent?

When all of the above occurs, plus you fell in love with the speaker!

Thank you so much, Alex, for being a cliché breaker! And please let us continue to gravitate towards Gravitonas!